SEAN’S STORY
Part One (The Reckoning) &
Part Two (The Awakening)

The final presentations are only open to the Northwestern community.

SEAN’S STORY: Part One (The Reckoning) & Part Two (The Awakening) is an epic coming of age tale that follows a young black queer man as he experiences love and loss for the first time. Set in a Contemporary America, the show explores black identity politics, the intersection of race and responsibility, and what it means to be an American today. 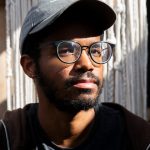 KHIYON HURSEY is a writer and composer based in Los Angeles and New York. He was a staff writer for Netflix’s romantic musical drama, SOUNDTRACK and is currently co-writing LOVE IN AMERICA, a movie musical to be produced by Issa Rae at Universal. He is the recipient of the ASCAP Foundation’s Irving Burgie Scholarship, Bart Howard Songwriting Scholarship, and the Lucille and Jack Yellen award, a 2016 NAMT Writers Grant, a 2016 – 2017 Dramatists Guild Musical Theater Fellow, 2017 Space on Ryder Farm Residency, 2018 Johnny Mercer Songwriters Project residency, 2019 ASCAP Musical Theatre Workshop with Stephen Schwartz, 2019 Rhinebeck Writers Retreat, the 2020 Johnny Mercer Writers Colony at Goodspeed Musicals and the 2020 Stephen Schwartz Award. Khiyon got his start as the music assistant on the off-Broadway and Broadway productions and the Grammy Award Winning Cast Album of HAMILTON and the Tony Award Winning Dear Evan Hansen. He’s been a guest lecturer at Columbia, Yale and Berklee College of Music on Musical Theater. He holds a degree in Songwriting from Berklee College of Music. 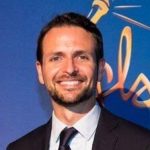 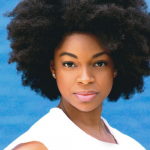 TIFFANY NICHOLE GREENE is a Freelance Director and Resident Director of HAMILTON, an American Musical. She is also a leader, creator, and aggressive explorer of the human condition as it relates to relationships and the injustices of this world. She holds an MFA in Acting from Brown University/Trinity Rep, where her hunger for a deeper involvement in story-building began. While in graduate school, Tiffany began to cultivate the skills of a great director. She became a mad scientist in her pursuit of opportunities to observe, investigate, explore, and experiment with her newly defined artistry. Tiffany is a NYTimes Pick, Lincoln Center Directors Lab Alum, Soho Rep Directors Lab Alum, two-time Drama League Finalist, and a proud member of SDC. While Tiffany works on a great variety of genres in theatre across the nation, she is particularly dedicated to the continued development of new works and the play development process. 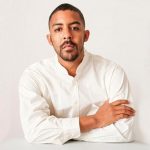 CHRIS EMILE is a choreographer, performer, and director based in Los Angeles. He received his formal education from the Alvin Ailey School and the Alonzo King LINES Ballet/Dominican University joint program, receiving his BFA in dance. He is the co-founder/curator for movement-based collective “No)one. Art House” which has programmed site specific performances, educational workshops, and installations for the last five years throughout Los Angeles. His work has been presented by Hauser & Wirth, the Getty Museum, MOCA Los Angeles, and the California African American Museum, among others. Commercially and otherwise, Chris’ choreographic work has been commissioned by LA Opera in Ellen Reid’s Pulitzer Prize-winning opera prism, San Francisco Symphony, Solange Knowles, Anderson Paak, and Refinery 29. He has been a guest lecturer at the California Institute of the Arts, UCLA, AMDA, and Loyola Marymount University. 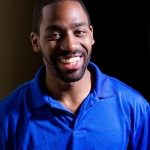 NEHEMIAH LUCKETT is the Composer in Residence / Assistant Director of Music at Asbury United Methodist Church in Tuckahoe, NY. Music Direction Credits include – Off-Off Broadway: Dial N for Negress (Asst. Music Director); Sarah Lawrence College: Company, Man of No Importance, Bat Boy, Promenade, and Urinetown; Asbury Summer Theater: Cyrano. As a composer, he has written both sacred and secular choral music, chamber music and theater music. His full length music Brick by Brick (Book and Lyrics by Ross Wade) was produced at Sarah Lawrence College in April 2007. Mr. Luckett serves as the Music Director/Composer for Private Ear Audio Theater. He is the Director/Conductor of Res Miranda and has served as the Assistant Director of the SLC Chamber Choir.