Based on the film by Billy Morrissette and produced by Richard Shepard, Jan Stern and Abandon Pictures

The new musical version of SCOTLAND, PA takes its inspiration from the film of the same title, which is itself inspired by Shakespeare’s MACBETH. Shifting that story of murderous ambition to America in the 1970s, SCOTLAND, PA follows Joe and Pat McBeth, a pair of downtrodden hamburger stand employees. Pat decides that the boss and his old ideas are keeping everyone else from getting ahead, so she encourages bewildered Joe to take action. Things quickly take a turn for the deadly, and soon the McBeths find that their stars are on the rise (just as a bunch of hippies in the woods had predicted). But when a police investigator takes an interest in the duo, they must act fast to keep the truth (and the bodies) hidden before the fast food empire they fought so hard to build comes crashing down on top of them. 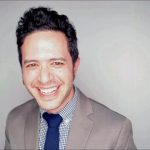 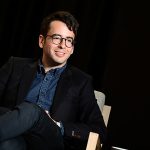 MICHAEL MITNICK (Book) is a writer whose plays include Sex Lives of Our Parents (Second Stage, The Kennedy Center), The Siegel (Edgerton New Play Award, South Coast Repertory), Spacebar: a Broadway Play by Kyle Sugarman and The Happiness Trilogy: Elijah, Ed, Downloaded and Babs the Dodo. He co-wrote/composed the musical Fly By Night (Drama Desk-nominated Best Musical, Playwrights Horizons). His songs have been sung at Lincoln Center, The Guggenheim, Joe’s Pub, 54 Below and on HBO. Film work includes The Giver and the upcoming film The Current War with Benedict Cumberbatch. Michael is a graduate of Harvard University and has an MFA in playwriting from The Yale School of Drama. 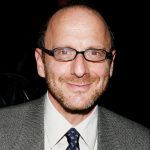 LONNY PRICE (Director) directed Glenn Close in Sunset Boulevard on Broadway and at the English National Opera and Sweeney Todd, starring Emma Thompson and Bryn Terfel, at the English National Opera and Lincoln Center. His Broadway credits include Lady Day at Emerson’s Bar and Grill starring Audra McDonald (also for HBO and on the West End), 110 in the Shade, “Master Harold” … and the Boys, Sally Marr…and Her Escorts (co-written with Joan Rivers and Erin Sanders), Urban Cowboy and A Class Act (Tony nomination, best book, with Linda Kline). His work with the New York Philharmonic includes Company, Sondheim: The Birthday Concert (Emmy Award) and Passion starring Patti LuPone, Audra McDonald and Michael Cerveris. He directed television adaptations of his Sweeney Todd (Emmy Award), Company (which played in more than 700 movie theaters across the U.S.), Camelot and Candide. For his first feature film, “Master Harold”… and the Boys (starring Freddie Highmore and Ving Rhames), he received a best director award from the New York International Independent Film and Video Festival. His documentary, Best Worst Thing That Ever Could Have Happened, premiered at the New York Film Festival and was named one of New York Times’ Top 10 Films of 2016. 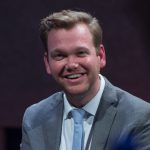