This new musical is a twist on the old adage, “It’s not the destination, but rather the journey that matters most.” We meet Adam on the morning of his wedding, just as he’s about to marry the girl of his dreams. Everything in his life has been carefully practiced and planned. When his fiancé leaves him at the altar, Adam’s world is turned upside down.

In an effort to cheer him up, his groomsmen take him on a wild, two-week road-trip from California back home to New York City. Through it all Adam pleads with the guys to help him find Allie. But his friends know better and urge him to hit the reset button on life. 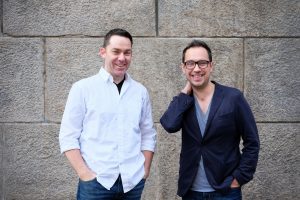 BEN ROSEBERRY & CHIP KLOSE are the songwriting team behind the musicals Picture Perfect and From The Ground Up.  They were finalists for the 2016 Jonathan Larson Grant, and winners of last year’s MAC Wallowitch Award for Songwriting.  Both Chip and Ben began their careers as performers before eventually broadening out into other pursuits.  Since 2003, Chip has worked as an actor, director, choreographer, and producer.  Ben, just returning home after two years on the road with A Gentleman’s Guide to Love and Murder, has spent the last twelve years balancing a career as a working actor with that of a singer/songwriter. His band, THE FRACTURED YEARS, just released their self-titled debut album in the spring of 2016. For more info about them and their work, please visit: RoseberryandKlose.com 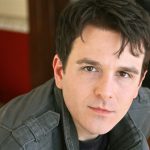 SCOTT EVANS was the associate director for “Atlantic,” a collaboration between Northwestern University/AMTP and the Royal Conservatoire of Scotland for this year’s Edinburgh Fringe Festival. He directed “The Museum of Broken Relationships” (by David H. Bell and Daniel Green) at the Eugene O’Neill National Music Theater Conference and the Aspen Theatre Festival. Other directing credits include regional and university productions of “The Ruby Sunrise,” “Biloxi Blues,” “The Foreigner” and “The Fantasticks.” Off-Broadway, he was assistant director for The New York premieres of “7th Monarch” and Jeffrey Hatcher’s “Ten Chimneys,” as well as the revival of “The Silver Cord.” He assisted David H. Bell on the world premieres of “Gut Bucket Blues” and “Shakin’ The Rafters” at Kenny Leon’s True Colors Theatre and assisted John Tillinger on “Eleanor” (starring Jean Stapleton) at the Helen Hayes Performing Arts Center. As an actor, Scott was in the Off-Broadway revivals of “Room Service” and “The Man Who Came to Dinner.” Other work includes roles at regional theatres throughout the U.S., the National Tour of “Patsy!” and promotional host for NBC’s “Three Wishes.” Scott is the artistic director of Somerled Arts, a nonprofit dedicated to the development of new theatrical works. He is an associate artist with AMTP, a director for the NYU Tisch Graduate Musical Theatre Writing Program and for the past two seasons served as a mentor for new works at the O’Neill. Evans is a graduate of Vanderbilt University.