Book & Lyrics by Maggie-Kate Coleman
Music by Erato A. Kremmyda

CLICK HERE for more photos OF MARIE IN TOMORROW LAND

MARIE IN TOMORROW LAND is a musical collage in which Marie Curie journeys through the remains of a Chernobyl-inspired theme park and encounters much of America’s troubled history with radioactivity along the way. Featuring a cast of women playing a kaleidoscope of Marie Curies, the piece explores the intersections between science and art, women and history, and kitsch and terror. By putting the story of Marie Curie and her work in dialogue with the American retro-futuristic experience of radiation, the piece explores the impact and aftermath of our radioactive existence. 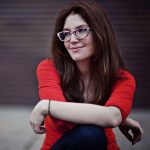 MAGGIE-KATE COLEMAN (Book & Lyrics) is a farm girl turned NYC-based playwright, bookwriter and lyricist. Recent work includes book and lyrics for “POP!” with music by Anna K. Jacobs (Yale Rep, Pittsburgh City Theatre, Studio Theatre DC) and “The Map of Lost Things” (Hangar Theatre, Ithaca) and lyrics for a new adaptation of “The Gift of the Magi” with Andrew Cooke and Jeffrey Hatcher (Arkansas Repertory Theatre). Coleman is a 2015 MacDowell Fellow. She earned an MFA in Musical Theater Writing from NYU. 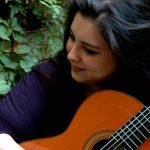 As a writing team, Coleman and Kremmyda are the recipients of the 2017 Jonathan Larson Grant. Their recent work together includes “Worth of Women” (Carnegie Hall/Kairos Italy Theater), “The Way They Live” (The Met/The Civilians), “Hotel Mediteranee” (Wild Project/Between the Seas Festival) and “Field Trip: A Climate Cabaret” (Superhero Clubhouse, NYC). 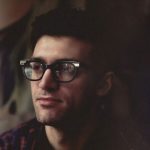