EXPECT VICTORY is a new musical currently being developed by book writer Kristoffer Diaz, composer Rona Siddiqui, and director Jaime Castañeda. The show follows math wiz Maxfield Chase as he attempts to use advanced statistics to rescue his university’s venerable but hapless varsity basketball program. The show looks at the unexpected intersections between athletics, analytics, and interpersonal relationships. 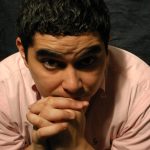 KRISTOFFER DIAZ is a playwright, librettist, screenwriter, and educator. His play The Elaborate Entrance of Chad Deity was a finalist for the Pulitzer Prize in Drama. His adaptation of the Disney film Hercules premiered in Central Park in Summer 2019 as part of the Joseph Papp Public Theater’s Public Works program with a cast of nearly 200. Other full-length titles include Welcome to Arroyo’s, Reggie Hoops, and The Unfortunates. His work has been produced, commissioned, and developed at The Public Theater, Dallas Theater Center, Geffen Playhouse, ACT, Center Theatre Group, The Goodman, Second Stage, Victory Gardens, and Oregon Shakespeare Festival, among many others. Awards include the Guggenheim, Jerome, Van Lier, NYFA, and Gail Merrifield Papp Fellowships; New York Times Outstanding Playwright Award; Lucille Lortel, Equity Jeff, and OBIE Awards; and the Future Aesthetics Artist Regrant, among others. As a screenwriter, Kristoffer has developed original television pilots for HBO and FX, written for the first season of Netflix’s GLOW, and adapted the musical Rent for FOX. Kristoffer holds a BA from New York University’s Gallatin School of Individualized Study, an MFA from NYU’s Department of Dramatic Writing, and an MFA from Brooklyn College’s Performing Arts Management program. He teaches playwriting at New York University. He is an alumnus of New Dramatists and a member of its Board of Directors, a member of the Dramatists Guild Council, and a member of the Writer’s Guild of America, East. 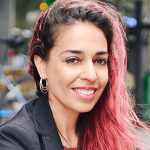 RONA SIDDIQUI is an award-winning composer/lyricist, orchestrator and music director based in NYC. She is the recipient of the 2020 Jonathan Larson Grant and the 2019 Billie Burke Ziegfeld Award, and was named one of Broadway Women’s Fund’s Women to Watch. Her show Salaam Medina: Tales of a Halfghan, an autobiographical comedy about growing up bi-ethnic in America, had a developmental workshop at Playwrights Horizons November 2019. She has also received the ASCAP Foundation Mary Rodgers/Lorenz Hart Award, and the ASCAP Foundation/Max Dreyfus Scholarship. She performed her concert Rona Siddiqui: Halfghan on a Mission at the John F. Kennedy Center for the Performing Arts. Her musical One Good Day (book & lyrics by Liz Suggs) was selected for the ASCAP/Dreamworks Musical Theatre Workshop with Stephen Schwartz in L.A. and was named one of the Best New Musicals of 2014 by the Festival of New American Musicals. Rona composed the music for an original 20-minute musical about Afghanistan, The Tin, which was selected to be part of the Samuel French OOB Short Play Festival in 2012. Her musical Treasure in NYC (book & lyrics by Laura Kleinbaum), an immersive musical adventure for autistic children, has been produced at The Cell. She has been commissioned to write songs for Wicked’s 16th Anniversary Commemoration, Flying Free, Broadway Inspirational Voices, The Civilians, the NYC Gay Men’s Chorus, MuseMatch, 52nd St. Project, and the web series Amateur Dicks. She has been a featured songwriter in concert venues such as 54 Below, Joe’s pub, and New York City Center. Original scores she has written for plays include Middletown, The Vagina Monologues, The Good Person of Szechuan, The Clean House, and Love Song of J Robert Oppenheimer. Rona music directed the Off-Broadway Pulitzer Prize-winning A Strange Loop for which she received an Obie along with the cast and creative team (Playwrights Horizons), Bella: An American Tall Tale (Playwrights Horizons), andWho’s Your Baghdaddy: Or How I Started the Iraq War (St. Lukes Theatre). She has orchestrated for Broadway Records, Broadway Backwards, NAMT and Pittsburgh Civic Light Opera. She received her Masters from NYU’s Graduate Musical Theatre Writing Program. 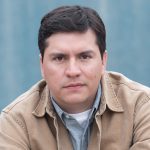