Based on the play Come Back to the Five and Dime, Jimmy Dean, Jimmy Dean by Ed Graczyk
Book by Ashley Robinson
Lyrics by Shakina Nayfack
Music by Dan Gillespie Sells
Directed by Amanda Dehnert
Music Direction by Shraman Ghosh

In an old 5&Dime store in a dried-up West Texas town, the “Disciples of James Dean” gather for their twentieth reunion. In 1955 when they were just teenagers, the Hollywood masterpiece GIANT, starring James Dean, was filmed in the neighboring town of Marfa. Small town local Mona was cast as an extra in the movie, but shortly after his death, Mona has a child who she claims was conceived with Dean during the shoot. As the ladies reminisce about their youth, the arrival of a stunning-but-familiar stranger exposes bitter disappointments, delusions, and long-suppressed truths, unearthing bonds the disciples didn’t know they had.

Dan Gillespie Sells’ (Music) debut award winning musical Everybody’s Talking About Jamie opened at The West End’s Apollo Theatre in Nov 2018 and continues to run to this day. The film version of Everybody’s Talking About Jamie was released in the fall of 2021 by Disney/20th Century/Amazon. He is best known for being the lead vocalist and principal songwriter in The Feeling. Their debut album, TWELVE STOPS AND HOME sold over a million copies, whilst their second album, JOIN WITH US reached the No. 1 spot in the UK Charts. The band’s 6th album was released in 2022. He has written songs for a variety of projects ranging from TV (Theme to ‘Beautiful People’/BBC) to Ballet (3 with D/Colosseum London/Stuttgart Ballet/Joyce Theatre NYC). Dan was the recipient of the 2015 Stonewall award for Entertainer of the Decade for his work in the LGBT community and the 2007 Ivor Novello Award for Songwriter of the Year. Other awards include Best Composer at The Stage Debut Awards in 2017, plus many nominations including Oliver and BRIT.

Shakina Nayfack (Lyrics) made Television history on NBC’s Connecting… as the first transgender person to play a series regular on a network sitcom, and she is currently a staff writer on the reboot of NBC’s Quantum Leap. Shakina can also be seen in Amazon’s GLAAD Award Winning “Transparent Musicale Finale”, which she helped write and produce, and Hulu’s Difficult People, for which she was a writing consultant. Her play Chonburi International Hotel and Butterfly Club premiered on Audible in 2020 in collaboration with Williamstown Theatre Festival and was recognized with a 2021 Drama League Award for Best Audio Theatre Production. She is the Founding Artistic Director of Musical Theatre Factory, where she helped to develop hundreds of new musicals including Michael R. Jackson’s Tony and Pulitzer Prize winning A Strange Loop and her own autobiographical glam rock odyssey, Manifest Pussy. Recognitions include The Lilly Award for Working Miracles, Theatre Resources Unlimited Humanitarian Award, The Kilroys List, Logo 30, and two-time Drama League fellow and two-time OUT 100 honoree.

Shraman Ghosh (Music Director) is a MD, Pianist, and Actor based in Chicago. He recently wrapped up a successful stint as Music Director for the Chicago Shakespeare Theatre’s “Shakespeare in the Park” summer series. He will also join directors Amanda Dehnert and Mary Zimmerman for the Lookingglass production of The Steadfast Tin Soldier in November, serving as Piano/Conductor. A recent Northwestern graduate, Shraman has racked up a number of credits at Northwestern for his musical direction and keyboard skills, including the annual Waa-Mu Show and the American Music Theatre Project, whom he’s very excited to work with again for their reading of 5&Dime!

Kat Zukaitis (Dramaturg) is a dramaturg, arts administrator, and arts advocate based in Chicago. Recent dramaturgy credits include: cullud wattah by Erika Dickerson-Despenza, Queen of the Night by travis tate, and the world premieres of In Every Generation by Ali Viterbi, How to Defend Yourself by Liliana Padilla, The First Deep Breath by Lee Edward Colston II, and Dhaba on Devon Avenue by Madhuri Shekar (Victory Gardens Theater); Nightwatch by Max Yu (Goodman’s New Stages); American Mariachi by José Cruz González and Photograph 51 by Anna Ziegler (South Coast Repertory); and work with Steppenwolf Theater Company and The New Coordinates. She has worked as the New Play Development Manager at Victory Gardens and the Literary Associate/Pacific Playwrights Festival Associate at South Coast Repertory. She holds a B.A. from Haverford College and an M.A. from Yale Divinity School.

*Appears through the courtesy of Actors’ Equity Association, the Union of Professional Actors and Stage Managers in the United States. 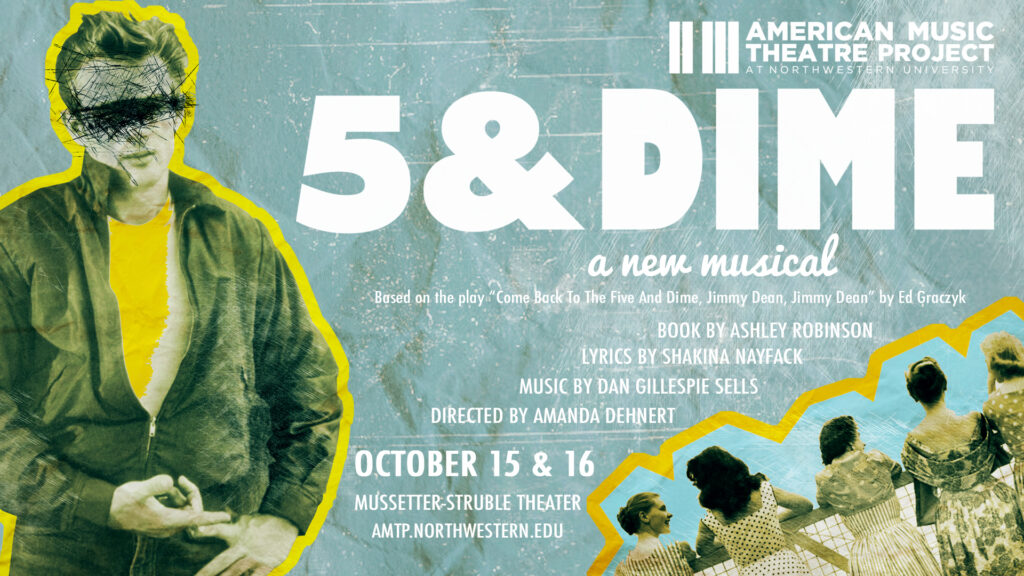