Click here for more photos from FINN THE FEARLESS

The lovable, ragtag crew of Shepard and Shepard’s Gator Show of Floridian Marvels and Oddities is on a goodwill diplomatic mission across the north, sharing their favorite folktale, Finn the Fearless – a yarn about a weird little fella from up north who goes on a hero’s quest to scare his heart awake so he can feel things the way other people do. Led down south by a fierce-tempered maiden named Annabelle, he finds himself in the heart of Florida, the vacation home of the Devil himself (who wears flip-flops and prefers to be called “Ol’ Scratch”). Scratch bets Finn he can scare his heart awake through three hair-raising trials. If Finn completes them, he gets his wish; if he doesn’t, Ol’ Scratch gets Finn’s soul. With help from Annabelle, who’s on a redemption mission of her own, Finn faces vampiric retirees, an alcoholic were-gator and an army of damned folk heroes, ultimately weaving together an unlikely ending for himself that breaks the mold set by Yankee fairytales. 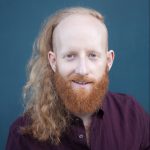 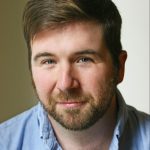 (Book) is a writer, performer, comedian and recipient of the 2018 Jonathan Larson Grant with collaborator Andrew R. Butler. Projects with Butler include Blessing (Playwrights Horizons Downtown commission, Yale Institute for Music Theater); The Miraculous Journey of Edward Tulane (Theatreworks USA commission); Finn the Fearless (Ars Nova Uncharted); and American Cryptids (Civilians R&D Group, Joe’s Pub). Recent plays include The Gray Man (Pipeline Theatre Company); The Fall of Hotel Mudafier… (Williamstown Theatre Festival); Farmer is co-creator of I Heard Sex Noises, currently in development as a television series with Imperative Entertainment. A contributing writer at Vogue and Reductress, his stories have been featured in New York Magazine, The Moth and The Huffington Post. He’s a member of The Story Pirates, Gentlemen Party and Political Subversities and his comedy has been performed in numerous places including the Upright Citizens Brigade and the Museum of Modern Art. He holds a BFA in drama from Playwrights Horizons Theater School at NYU’s Tisch School of The Arts. 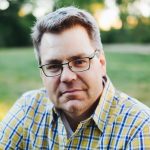 is a director and producer. Regional directing credits include Once, Sweeney Todd, Amadeus and A Light in the Piazza (South Coast Repertory); How to Write a New Book for the Bible at South Coast Repertory, Berkeley Repertory and Seattle Repertory; Looking for Christmas at The Old Globe; Lizzie at Theater Under the Stars and Village Theater; Grey Gardens, Vincent in Brixton, Ambition Facing West and All My Sons at TheatreWorks; Saint Ex at Weston Playhouse; and Small Tragedy and Satellites at Aurora Theater Company. Off-Broadway producing credits include Far From Heaven by Richard Greenberg, Michael Korie and Scott Frankel; Bella: An American Tall Tale by Kirsten Childs; Iowa by Jenny Schwartz and Todd Almond; and Fly By Night by Kim Rosenstock, Will Connolly and Michael Mitnick. Regionally, he produced the world premieres of Memphis by Joe DiPietro and David Bryan; Striking 12 by Groovelily; and Emma by Paul Gordon. He was associate artistic director at Magic Theatre, created the New Works Initiative at TheatreWorks in Palo Alto and The Uncharted Writers Group at Ars Nova. He also has served on the boards of The Playwrights Foundation and The National Alliance for Musical Theatre. Nicholson currently serves as Associate Producer of Musical Theatre at  Playwrights Horizons.