When her 7-year-old son died, self-destructive matriarch Lyuba ran away from home leaving her daughters, Anya and Varya, to raise each other in her absence. Now that Lyuba’s back, she needs to break free from the grief of his loss. But the family is on the brink of losing their ancestral home. The fading estate and its surrounding orchards now house an entire community of disenfranchised people, from homeless refugees to newly-freed slaves. It is up to Anya and Varya to save it and they need to raise money however they can to compete against a sexist society and save everyone’s future. Time is short, and the auction of their lives is coming. Can the daughters heal their damage and get the truth from their depressive mother? In a country unwilling to deal with its history of sexism, slavery, and immigration issues, can the three women of the family protect the community from poverty? Can we heal the trauma of the past? Inspired by the Chekhov play, with an original book and a folk, jazz, blues and musical theatre score, CHERRY ORCHARD asks us all, can there be love in America? 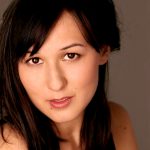 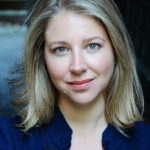 JESSICA FISCH is a freelance director and teaching artist, based in Chicago. She is dedicated to developing new plays and reinterpretations of classic texts. She has had the privilege of working on and developing new work with companies such as, Actors Theatre of Louisville, Victory Gardens, Rivendell Theatre Ensemble, Williamstown Theatre Festival, Playwrights’ Center Minneapolis, Public Theater’s Emerging Writer’s Group, and Ensemble Studio Theatre’s Youngbloods. Jessica received her MFA in Directing from Northwestern University. Her credits at Northwestern included a site-specific production of Caryl Churchill’s Far Away in a pair of abandoned retail spaces, and the expressionistic American classic, Machinal. Prior to moving to Chicago, Jessica lived in New York City where she was the Co-founder and Artistic Director of Down Payment Productions (DPP), a company committed to the development of new work. During her tenure, DPP produced three World Premieres, Two New York Premieres, and countless readings and workshops. The Redheaded Man, which she directed, played the 2008 New York International Fringe Festival to rave reviews, and was one of only eight shows that extended Off-Broadway to the Barrow Street Theater as part of the FringeEncores Series. The play Pink!, which Jessica produced, was nominated for seven Innovative Theater Awards and was optioned for a feature film. She directed the New York premiere of The Realm, which enjoyed a successful three-week run at the curated Wild Project Theater in NYC. Jessica was a resident director at Ensemble Studio Theater, the 2008-2009 Playwrights Horizons Directing Resident, and a member of the Lincoln Center Directors Lab. She is a proud member of the Stage Directors and Choreographers Society (SDC).