The Book of Names

Developmental Workshop:  January 9 – 27, 2023
at the Royal Conservatoire of Scotland in Glasgow, U.K.

Told over the course of a single day, The Book of Names is a mosaic of the stories of several immigrant families as their lives intersect on Ellis Island in the early 20th century. They navigate medical testing, judicial hearings, nationality quotas, and an anti-immigration riot–all under the constant threat of rejection and deportation. Some families are torn apart, and some find love and acceptance in the unlikeliest of places. A romantic orchestra of french horn, strings, and woodwinds underscore this celebration of the timeless stories of the people that risked everything to leave their homes and build our nation. 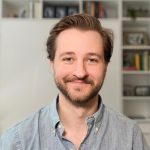 Jonathan Bauerfeld (Music) is an NYC based composer, orchestrator, and music director. He has worked on the music team for several broadway shows, first class national tours, and developmental workshops, including HAMILTON, KING KONG, ESCAPE TO MARGARITAVILLE, and THE RADIO CITY CHRISTMAS SPECTACULAR. Bauerfeld’s original musical with long time collaborator Casey Kendall, THE JURY, recently premiered at A.R.T. New York’s Gural Theatre in NYC, and his short musical written with Talaura Harms, BOOK LOVERS, – available in two languages through MTI – has been produced many times across North America. Other original scores by Bauerfeld include SHORT SHAKES! COMEDY OF ERRORS at the Tony Award-Winning Chicago Shakespeare Theatre, and THE BOOK OF NAMES. Bauerfeld’s orchestrations have been heard at Symphony Space, Off-Broadway, NYMF, The Green Room 42, The American Pops Orchestra in Washington DC, and more. He has conducted for the off-broadway shows FRIENDS: THE MUSICAL PARODY (St. Luke’s Theatre,) THE OFFICE! A MUSICAL PARODY (Jerry Orbach Theatre,) SINGLE RIDER (The Player’s Theatre,) and music directed several TWUSA tours, including THE POUT POUT FISH at the New Victory Theater on 42nd Street. Graduate of Northwestern University, and member of the Advanced BMI MT workshop. 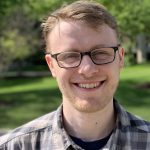 Casey Kendall (Book & Lyrics) is a New York-based lyricist and librettist from Tacoma, Washington. His works tackle major American issues, such as bipartisanship, the opioid epidemic and immigration, and break them down into personal stories of romance, family, and injustice. Most recently, Kendall and Bauerfeld debuted their original musical THE JURY in New York with Theater Now. Previous works include LEGACY: THE BOOK OF NAMES (American Music Theatre Project and Royal Conservatoire of Scotland, 2018), LIMBO: THE TWELVE (AMTP and RCS, 2019), HUNTER AND HANK (Prospect Theater Company’s 2019 Theatre Lab), DEVOTED (Northwestern University, 2016). Member of the Advanced BMI Workshop and Theatre Now Writer’s Lab. Proud graduate of Northwestern University. 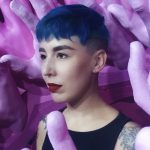 Lucky Stiff (Director) is a director, writer and performer. Their work combining nightlife culture and performance art has been featured at the Museum of Contemporary Art Chicago, Steppenwolf Theatre, Blue Man Group Chicago, Boy Friday Dance Company, the Bushwig Festival of Drag and more. They earned their MFA in Directing for Theater from Northwestern University, where they received a grant from the Center for Interdisciplinary Research in the Arts for their original immersive production Below: An Underworld Story. 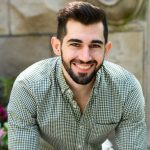 Conor Keelan (Orchestrator & Music Director) is an award-winning orchestrator, music producer and guitarist from New York City. His arrangements have been played by orchestras around the world and sung by Patti LaBelle, Jon Batiste, Harry Connick Jr., and Jessie Mueller among others. Most recently, Conor orchestrated and associate music supervised the world premier of Spirited Away at the Imperial Theatre in Tokyo. Select credits: (Streaming) Encore!, Pride & Prejudice, Estella Scrooge (B’Way) A Bronx Tale (Off-B’Way) The Pout-Pout Fish, Merrily We Roll Along. Conor is also a producer for pop and folk artists as well as the orchestrator for the American Pops Orchestra.